The Oktoberfest recipes continue today with a real symbol of folk festivals here in Germany: Gingerbread Hearts or Lebkuchenherzen. Anyone who has ever visited the Oktoberfest has seen the many stalls selling these sweet treats. Ranging in size from tiny to absolutely enormous, these brightly decorated hearts are meant to be hung around the neck of your sweetheart – the bigger the heart, the bigger the love, or so the story goes.

Gingerbread Hearts, much like old fashioned sweetheart candies, have writing on them, usually a sweet or humorous term of endearment, a greeting or good wishes. The possibilities are limitless, but some of the most common are:

Because Gingerbread Hearts are meant to be worn or used as decoration, at least for a little while, they are sturdier than normal gingerbread, though if you’d like them softer you can bake them for 5 minutes less, either way, they are perfectly edible. The spices used in lebkuchen vary from region to region, outside of Germany using mixed spice (UK/Aus/NZ) or Pumpkin Spice (US) will give you a similar flavour. You can mix up your own spice mix, and I’ve given an example in the FAQ’s below.

Have you been lucky enough to receive a Gingerbread Heart from your sweetheart? I collect all of mine and they hang on my kitchen wall in Munich as decorations and reminders of happy times. I hope you are enjoying this series of Oktoberfest recipes, let me know what you think in the comments below. xJ

for the royal icing decoration:

Mixed spice is a common baking mixture of aromatic spices. In Germany, it is often sold as Lebkuchengewürz, while American Pumpkin Spice mix has a similar flavour profile. You can make your own by mixing 2 Tbsp nutmeg, 2 Tbsp allspice, 1 Tbsp cinnamon, 1 tsp ground cloves, 1 tsp ground cardamom, 1 tsp ground ginger and 1 tsp ground coriander. Combine in a small jar and shake well.

I don’t have any piping bags! What can I do?

Freezer bags with the tip cut off work in a pinch, though you’ll only be able to decorate roughly. Kits with a small selection of piping nozzles and disposable bags are often very affordable in the baking section of the supermarket.

How long will the Gingerbread Hearts keep?

It depends on the humidity where you live. In drier climates they can be used as decoration as they will simply dry out, In more humid climates they will last several days, or stored in a dry place for a little longer. At the Oktoberfest, they are sold shrink-wrapped in plastic to protect them and make them last longer.

What is ‘mixed spice’?

Mixed spice is a common baking mixture of aromatic spices. In Germany, it is often sold as Lebkuchengewürz, while American Pumpkin Spice mix has a similar flavour profile. You can make your own by mixing 2 Tbsp nutmeg, 2 Tbsp allspice, 1 Tbsp cinnamon, 1 tsp ground cloves, 1 tsp ground cardamom, 1 tsp ground ginger and 1 tsp ground coriander. Combine in a small jar and shake well.

It’s important to let the dough rest and soften before rolling it out. That way it is much easier to handle and cut.

Jay Wadams is a cookbook author and food, architectural and landscape photographer. Jay is the author of two cookbooks: 'Tasty' (2017) and 'Simply Summer' (2019). Based in Italy 🇮🇹 Germany 🇩🇪 and Australia 🇦🇺.
Articles: 213 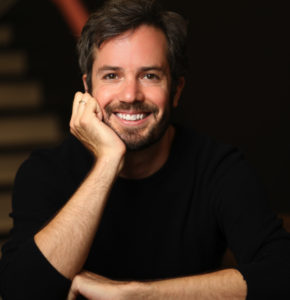