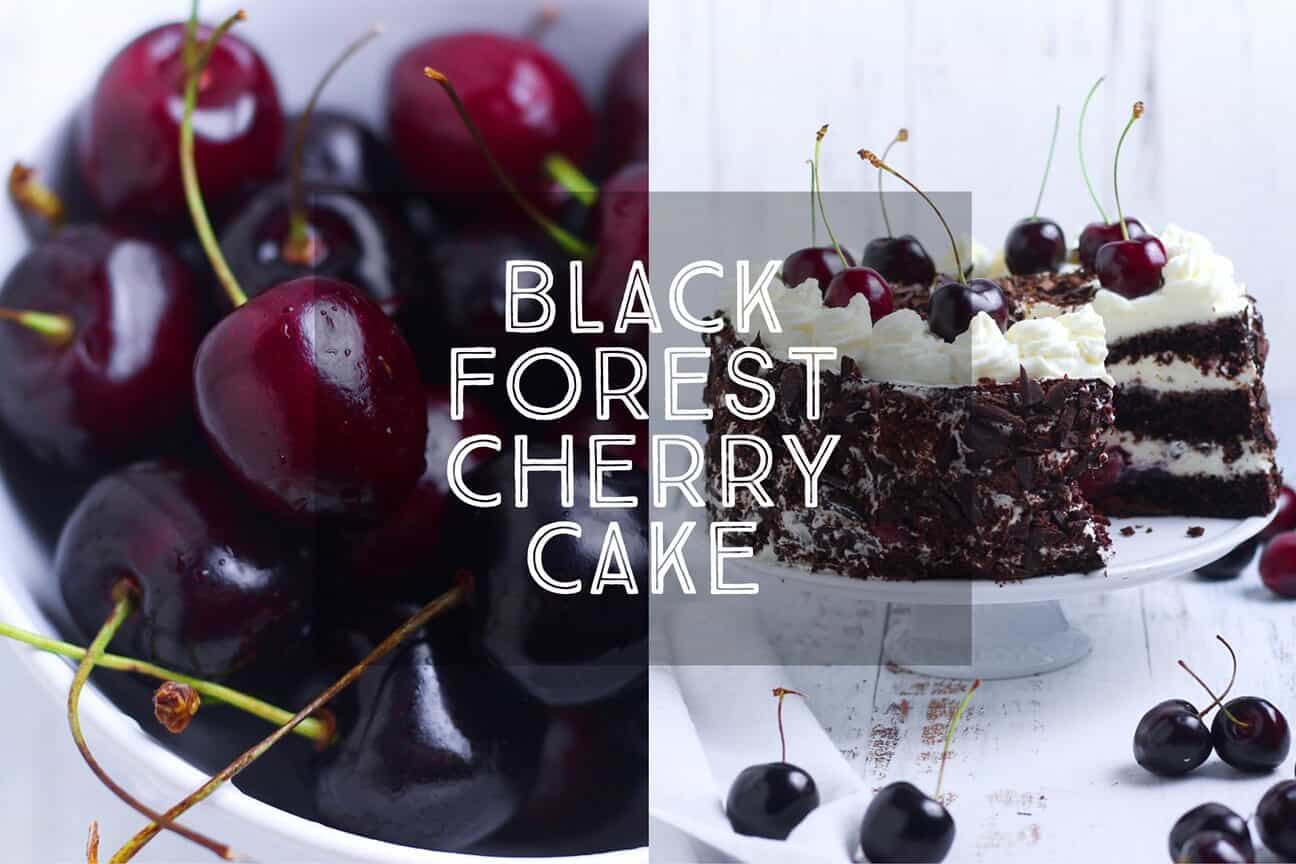 I love reading through old cookbooks. Whenever I’m in a second-hand bookstore I make a beeline for the cookbook section and can spend many happy hours leafing through the foods of yesteryear. It is always amazing to see which recipes have stood the test of time and which seem hopelessly out of date or frankly bizarre to the modern palate. Even better than the earnestly written Victorian and Edwardian kitchen bibles with their helpful chapters on ‘How to Feed Invalids’ and the like, are the first luridly coloured cookbooks from the ’50s onwards.

While the horrors are real (Tuna and Jell-o Pie, Liver Sausage Pineapple, or Spam ’n’ Limas – I am looking at you), it’s always comforting to see old familiar recipes that are as popular today as they were then. One such classic has to be Black Forest Cherry Cake, supposedly invented in 1915, it has gone in and out of fashion ever since, but with a luscious combination of cherries, chocolate, cream and liquor it is no wonder it has a permanent spot in the culinary canon.

Schwarzwälder Kirschtorte, named after Germany’s Black Forest region and famous schnapps is always a show stopper of a dessert. It’s a simple enough combination, but creating a towering masterpiece requires a little bit of kitchen technique. The recipe below might look long, but that’s only because I’ve described each step of the process in detail. It’s a good idea to have your kitchen bench clear and your ingredients prepared before you start to make your life as easy as possible.

German recipes almost exclusively use jarred sour cherries to make Black Forest Cherry Cake, though if you find yourself with fresh sour cherries you can use those too. I can’t stand the 70s style Maraschino cherries commonly found on the top of the cake, so I like to bake this cake in summer when fresh cherries are at their best.

Have you ever tried baking a Black Forest Cherry Cake? Let me know in the comments below. Take care out there and happy cooking. xJ

for the chocolate sponge:

This cake has gelatine in the cream. Can I leave it out?

Absolutely! Gelatine is simply used as a stabiliser for the cream. I would replace it with 1 Tbsp of cornflour/cornstarch and 1 Tbsp of icing/confectioners sugar. You can whisk them through the cream after it has reached soft peaks.

How do I store Black Forest Cherry Cake?

Because of the cream, it needs to be stored in the refrigerator. It will keep for several days, loosely covered.

I don’t drink alcohol, can I leave it out of this recipe?

Sure! Simply omit it. You might like to drizzle a little cherry juice over the cake for extra flavour, though it’s not necessary.

Make sure to keep the cake in the fridge so the cream stays fresh and delicious.

Jay Wadams
Jay Wadams is a cookbook author and food, architectural and landscape photographer. Jay is the author of two cookbooks: 'Tasty' (2017) and 'Simply Summer' (2019). Based in Italy 🇮🇹 Germany 🇩🇪 and Australia 🇦🇺. 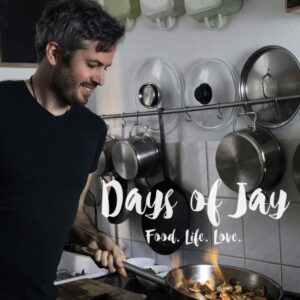 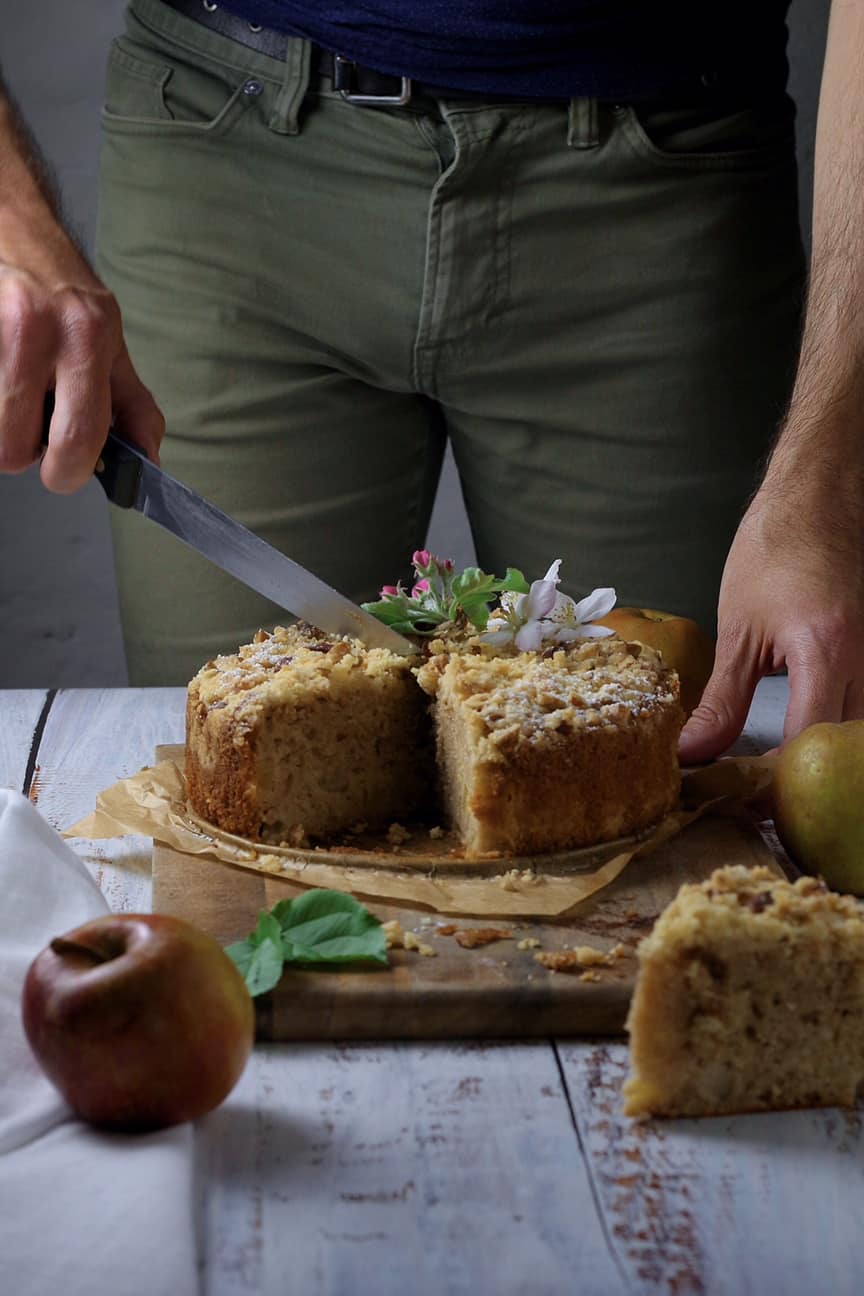 Hungry For More?Get creative recipes right to your inbox! Enter your email address here to receive my monthly newsletter with recipes, news, reviews, giveaways and more.